The Nurse Who Paused for Compassion 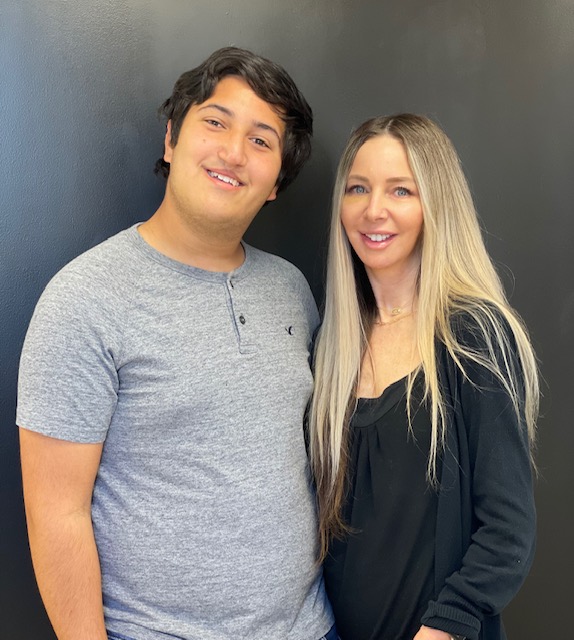 Seventeen years ago, a routine ultrasound revealed that my son, Sam, would be born with a wide, unilateral cleft lip and palate. Over the course of the years we have had our share of procedures and hospital stays.

Sam recently had oral surgery.  He’s had several but this was the only one he could really stress about. Sam now older, wiser, and thanks to Google MD, thought he was going to die!

He was tormented with being the 1/300,000 that would succumb to death. He kept saying, “Mom, someone is that one.  WHAT IF it’s me?!?” I encouraged him to visualize good things several days before the surgery. I told him the mind was powerful and to replace each scary “what if” with a life filled truth.

The day of surgery came and we arrived at the pre surgical area where the staff effortlessly and efficiently got him set up for surgery. Occasionally, I would catch a glimpse of the worried expression on his face, which he quickly replaced with smiles in front of the staff. I watched the team professionally execute their tasks unaware of the inner turmoil Sam was experiencing.  I knew the time was approaching when I would have to tell him goodbye and wait in the surgical waiting room.

The anesthesia staff entered the room with the syringe full of glorious Versed and informed Sam they were going to give him something to “relax” him during his trip down the hall to the OR.  “Mom you can follow us ½ way and then follow the orange dots to the waiting room where someone will find you when it’s over,” the nurse anesthetists said.

Then the journey began.  I could see the split in the hall and was prepared for my goodbye departure.  As expected the staff said, “Ok Mom. This is it.  Say your goodbyes now.”

I leaned in and gave my “baby” a big hug, a kiss and told him I loved him and that he was in expert hands. Everything would be ok. Versed in full effect, he looked at me glassy eyed and without a single ounce of typical teen angst or embarrassment professed his love right back!

I stood there, in the hall, for a few minutes watching them wheel him out of sight.  I heard him chat effortlessly with them and smiled as I thought how wonderful Versed truly was. Then my smile faded and I sent up a quick prayer while walking to the surgical waiting room.

I anxiously checked the digital board for his patient number waiting for updates.  Finally, surgery was complete! He did wonderfully as I knew he would. The staff found me and ushered me to the PACU after it was over.

The Hug That Meant Everything

When Sam heard me he opened his red, drugged eyes and said with great relief, “I didn’t die!” I stroked his hair and told him he did amazingly. Excited to be alive and still very much under the influence of anesthesia, he informed me that he asked his nurse for a hug and she gave him a “good one!” Sam is a hugger. He knows quality hugs. She overheard him tell me about the hug and giggled, confirming that she did give him a good hug! She said as he was waking up, he let out a big sigh and held his arms out for a hug, so she gave him one!

I worked as a bedside critical care nurse for years before I went back to school for my nurse practitioner degree. Let me tell you, some days are so awful that the last thing you want to do is go in for big hug with a sweaty man-child fresh out of surgery with his bloody mouth caressing your ear!

However, as the Mom to this big, sweaty, surgically fresh man-child, I’m so thankful she did! She wasn’t aware of his extreme fears or the relief that her hug communicated.  She could’ve ignored his need for a hug, brushing his arms away, thinking him too old for a hug. But instead, she instinctively knew that a hug was precisely what he needed and she made it count.

My mind flashed to the last time I saw Sam, as they wheeled him away from me. It’s sometimes a blessing and a curse to be a medical professional.  I’m very aware that there are medical professionals with varying degrees of compassion.  At that moment in time, I placed the well-being of my son, a person I love beyond measure into the hands of medical staff. In addition to his physical needs, it’s equally important to me that his emotional needs are met.

Once reunited with Sam, I smiled. Big. I felt so thankful to his nurse for taking the time to simply hug him. A gesture, which was perceivably insignificant and easily overlooked was actually incredibly powerful.

To all the wonderful bedside nurses who have not allowed the system to harden you while you work your butt off…thank you. You matter more than you know.

Beth Panizales has been a Registered Nurse since 1991 and graduated from the University of Pittsburgh as an Acute Care Nurse Practitioner (board certified) in 2002. She has an extensive background in Cardiac Electrophysiology and Cardiology where she continues to practice casually.

2 thoughts on “The Nurse Who Paused for Compassion”