Mental Illness: The Only Way Out is Through 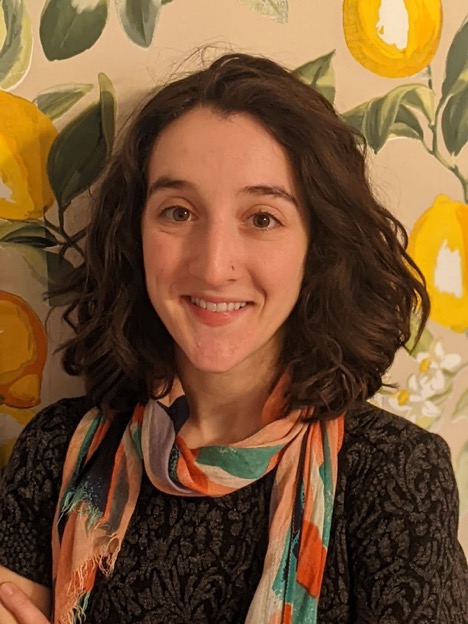 I feel somewhat unqualified to write a piece like this. But I want to give an honest account of what it’s like to be an RN living with a disability that is poorly understood, even within the medical community.  If you’re struggling with something similar, I hope you get some benefit from reading about how I stumbled through it all.

On November 25th, 2020, I pulled up outside my apartment at 10 pm. As I exited my rental car, a group of six or seven teens jumped out of a nearby minivan, pinned me against the car, emptied my pockets, and took all of my belongings, escaping in the rented vehicle. I was left alone, without even my house-keys, under a lone street lamp.

Not a soul in my six-unit building answered when I rang every bell. Thankfully a neighbor heard me screaming and called 911 as he came out to help.

This event lasted less than two minutes. Yet over a year later, I am still dealing with the fallout. This moment would come to disrupt my independence, disturb my career, and ultimately, redefine my sense of self.  However, this took several months to surface. Until recently, I continued living as if the illusory safety bubble I had spent years constructing had not been deflated in an instant.

I stared at Fred in the passenger seat as we idled outside the grocery store. It was a spring afternoon in mid-April, 2021, five months later.

“I’m having a panic attack.” I clutched the steering wheel, my muscles seized as though gripped by an electrical current. “I don’t know why but I cannot get out of my car.”

And I couldn’t. My gaze flitted between his face and my driver’s side door as my vision narrowed and became crisper. My body temperature seemed to rise uncomfortably. I asked Fred to go into the store alone, while I stayed in the car, trying to quell my nausea with vagal breathing.

That night, I didn’t eat dinner. I collapsed into sleep at home only to have panic wake me at 5AM to vomit. This became the rhythm of my life for many weeks to come. I would wake in a sweat from a nightmare, rush to the bathroom sick, and spend the rest of the day fighting to distract myself from racing thoughts. I came to rely on 12-hour shifts in the ER to push the panic from my mind. The attacks wouldn’t subside until the evening.

When distraction stopped working to subdue the panic, I pulled aside my colleague, a D.O., one afternoon. I gave him my symptoms and asked if there was anything I could possibly be missing here. He unflinchingly diagnosed me: PTSD. These were not just panic attacks, this was “hypervigilance.” We concluded that I should definitely go home early, and that under no circumstances should I return to work the next day.

This was humbling, to say the least. For years I had counseled patients about how mental illness is as real as any other disease. Yet I had not internalized this message for myself.

Here’s my first piece of advice: know your limits and don’t think you are an exception to the rule.

Caring for ourselves is not something we “get to do” once our work is done. It is something we must do before we even think of clocking in. We cannot draw water from an empty well.

I had seen a cognitive-behavioral therapist, but she was unable to offer clarity as to why these attacks were happening so frequently or why they were so intractable. Eventually, I asked if she could refer me to a specialist in panic disorder, and she put me in touch with a psychiatrist.

I now recognize this as a crucial first step in self-advocacy, and I am kicking myself that I did not do it sooner.

This leads me to two related suggestions. First, even if you don’t have a therapist, consider getting one. You don’t have to be diagnosed with a mental illness to benefit from good therapy. If you are working in healthcare during a global pandemic, you probably have some thoughts to unpack.

Second, if you do have a therapist but aren’t making measurable progress with them, you have permission to get a new one.

At my first meeting with my new psychiatrist, I summarized my mental-health history, coping skills, current obstacles, and goals. Then I asked if I should consider psychiatric hospitalization, something I could hardly believe I was contemplating. Instead, he suggested intensive outpatient therapy.

I guess you could call where I am now “recovery”. It’s not always clear what that looks like. Growth after trauma is by no means linear, and while cliché, it remains true that progress is different for everyone. This panic still wiggles into my life. Now, I know what it is. More importantly, I know who I am in the face of it.

After IOP, I returned to regular therapy. I also returned to work, feeling honestly renewed. I had this sense that I had traversed uncharted lands.

On my first day back, another coworker shouted at me from across the parking lot, “CRISTINE! I am SO glad to see you”. She opened up about her own mental illness, and her own intensive therapies in the past. A handful of other coworkers noticed the change in me too, but most said nothing at all. I got the sense that many were uncomfortable to know that mental illness could reach someone like them.

I now talk openly about my mental health history, the old and the new, as often as it naturally comes up. While I don’t pry into others’ lives, I willingly answer questions honestly. You never know who’s listening, who may need to overhear, or who is looking for permission to seek help. Since I returned from my leave of absence, two more coworkers have told me they heard about my choice and started taking similar measures to confront long-standing mental health issues.

More nurses – more healthcare workers of all kinds – need to know that it’s normal to seek mental health care. Whether that’s therapy, time off, Intensive outpatient program, partial hospitalization, or whatever is right for you, it’s normal to need help. That’s why I continue to share my account, and why I encourage others to do the same.

Take the time you need. Talk about it honestly. The culture will change.

Cristine is an ER RN in Chicago. In her free time she makes art and dances. You can find her stuff on instagram @cristineadele

2 thoughts on “Mental Illness: The Only Way Out is Through”