How I Broke and Rebuilt 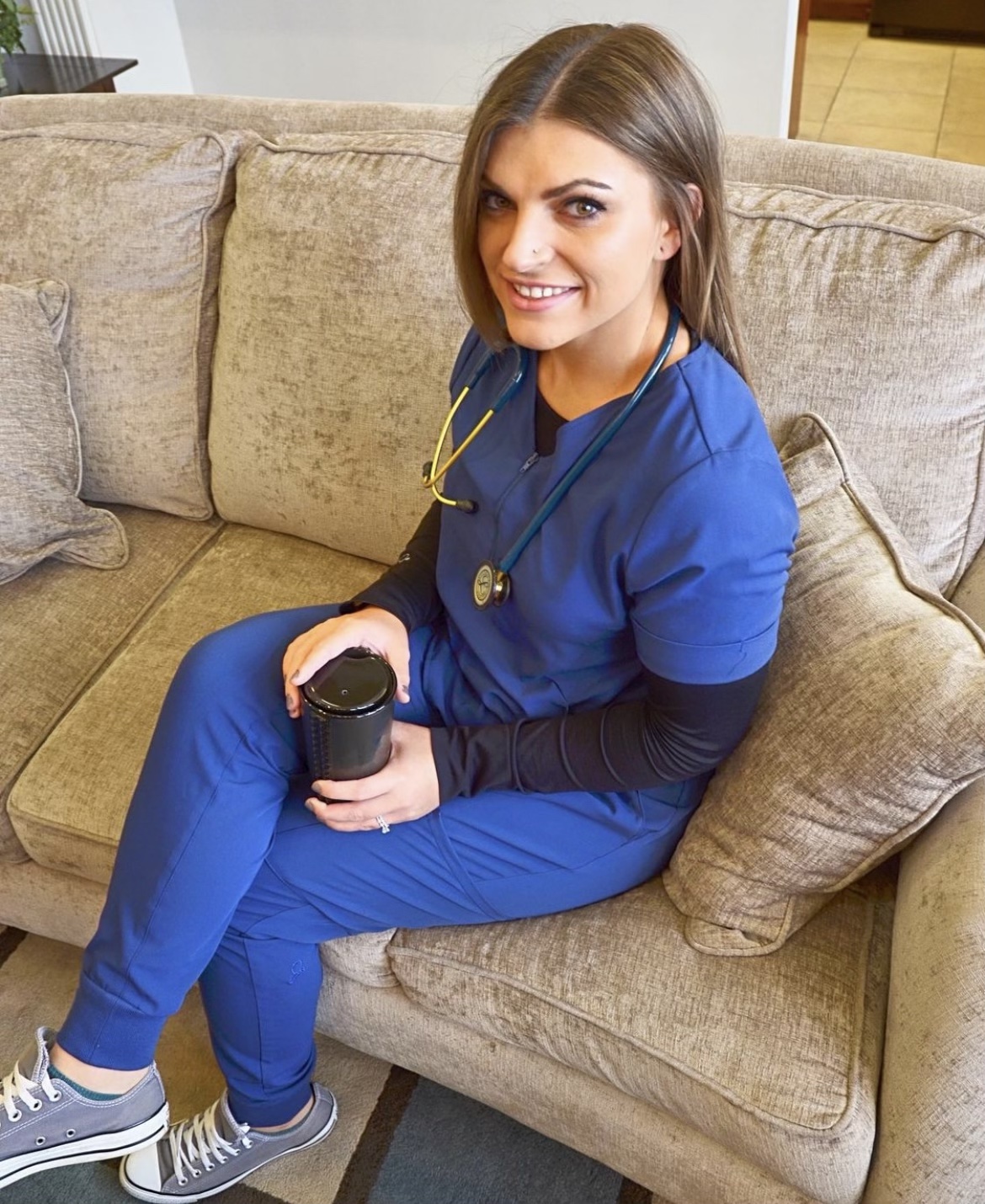 I wasn’t sure how to start this or what part of my journey to share. So, we are going to start with how I broke and hit rock bottom. Then, how I saved my life by choosing myself.

I’m in awe of how much I’ve grown over the span of the pandemic. It almost feels like an out of body experience when I replay the trauma in my mind. The sadness I felt watching people die was overwhelming. Then add the feeling of having absolutely no control.

I had to tell many patients they would be okay, even though every cell in my body was telling me otherwise. I felt like the air was sucked out of me as I watched the uniformed Air Force nurses coming to our aid because our hospital was on fire. We worked so many shifts that left our lives only consisted of life in scrubs. It was the only way I felt like I could help.

In reality, I didn’t want to go home. I was living and breathing in the smoke of the pandemic, and it was almost addicting in a way. Drowning in the sorrows of our world imploding, and I was absorbing every single part of the nightmare.

I thought I was fine. I never saw anything heroic about going into the hospital. My ears rang for months after surrounded by the sound of red alarms and vital signs of living people reaching critical lows and highs.

The Feeling of Rejection

Pulling at strings trying to find anything to make me happy during those long months. I consumed myself in being a good coworker, a good nurse, a good human.

It started with getting my CCRN to apply to CRNA school. Which I did twice, and was rejected from. Two years in a row. Then I bought a Peloton because I was so desperate to try and love myself, but the waves of self hate crashed over every single kind thing I tried to do for myself.

Then I spiraled even further, and nearly commissioned as a critical care nurse in the army. I had the idea that someone else deciding my future and forcing myself to be physically healthy would fix everything and all my problems. I was wrong.

They told me I was 30 pounds overweight from the maximum weight limit for my height to commission for the army. Once again, I was rejected. I fell further into the void. I decided to continue drowning myself in work. Caring for others was the only thing that made me feel alive.

I volunteered to go straight nights to help out a coworker having issues with the mess of shift work. I was so depressed that sleeping all day was not an issue for me. Unfortunately, at some point I was unable to sleep at all and was so exhausted. It was a struggle to keep my eyes open at work.

I worked nearly every holiday last year. The thought of helping out my coworkers in a time of crisis kept me going.

Fast forward throughout those two years of absolute desperation to December 11th. The anniversary of my mom’s death. The start of an 8 day stretch of nights. Almost every one of those shifts, I was scheduled as charge nurse.

Our unit was filled with COVID patients. The ones who graduated from their isolation periods were moved to another room where their poor bodies took up residence for weeks, sometimes months.

Our staff was dropping like flies. Over three years in that ICU, my seniority on my unit shot up and I was considered one of most experienced staff. A nurse with 2 years of trauma/general surgery experience and nearly 3 years in the ICU to lead a team of nurses to care for some of the sickest patients we’ve ever seen, with a majority of them being fresh. We had many bright-eyed and bushy-tailed new grads start with their hearts on their sleeves, walking right into a dumpster fire.

I liked staying busy on the days where it hurt to be alive. Caring for others helped when it felt like my heart might break if I stopped moving. Struggling with my home life, I walked onto the unit already feeling defeated. Only to feel more defeat over our unit’s staffing.

I remember making assignments and having to double up a CRRT with a COVID patient. Someone else had a detoxing patient and another extremely critical COVID patient. Most of these nurses had just come off orientation in the past month. I had two patients of my own. We were getting calls from administration to see if we had any triageable patients, because there were patients across the tri-state area fighting for beds that didn’t exist.

I had gone into a room to answer a pump, finding a disgruntled detoxing patient who had their sedation turned off. As I talked to them softly, trying desperately to keep them off the edge, I frantically tried to turn on their oh-so-necessary drip to get them back to the pink bubble or even back to sleep.

Once I turned it on, I went to tell them I’d be right back, and got met with a foot to my jaw. Irritated to the point of tears, I called out for help and my voice cracked.

There was no one to help. I had to call the ICU physicians into help me, so I could get medications to prevent this poor human from spiraling further or causing harm to themselves or someone else. This was only the first hour into the worst shift I ever worked.

The rest of the shift was just as disastrous. Call lights, bed alarms, red alarms, angry phone calls, you name it. To top off my night, I called in a staff member who wasn’t scheduled to work. I stayed two hours past my shift to finish charting. I cried in the break room while I charted all the work no one would notice. Before I left the hospital that day, I went to one of my managers’ offices and bawled my eyes out.

I went home and couldn’t stop crying. The dam that I built to protect myself from the horrific trauma of watching people suffer for months on end. A broken home life of a failing marriage. The never-ending self hate filling my thoughts because I wasn’t even good enough to go to grad school, let alone volunteer myself to the armed forces. I broke.

I wanted to end it all.

Instead, I woke up and decided I’d never feel like this ever again. Something needed to change. I started taking antidepressants, and then I quit my job 3 days later. Soon after, I became a travel nurse and never looked back at the place that broke me. I also decided it was time to leave my husband. It was a real fresh start.

I saved myself. With a lot of help from the people who loved me, a bottle full of pills that helped rewire my brain, LOTS OF SUNSHINE, yoga, exercise, self help books, and rest, I found myself again. Now I can say, I love my job again. I love my scrubs again, I love my life again, and I love me again.